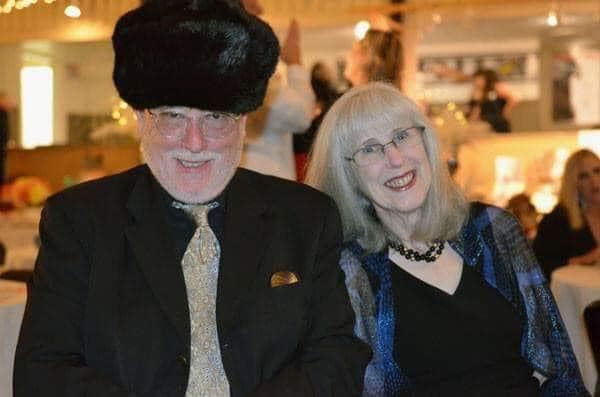 Ted Ralston and Joanna Gormly at Flavors of Fall: Hollywood Nights (Oct 2018)
The Mind Blenders at The Blend Wine Shop (Jan 2020)
We have just learned about our friends’ appalling and incredible deaths through postings on their Facebook page. Ted was a fellow student at Oxford when we met in the early 1970s. We had many interests in common and - as many have written - Ted also had a great sense of humour. We soon became friendly.

At that time he and Joanna were living in an Oxfordshire village called Great Milton. We have never lost contact in the nearly 50 years since. I visited them in Washington more than once and we drove together down the East Coast as far as Charleston; later I stayed with them in Austin. Ted and Joanna also came to see us here in Brussels and Ted also visited us in Italy.

At the beginning of this year they were still considering another trip to Europe. We can’t believe they’re gone, just like that. You would have to go a long way to find a nicer and more civilised couple of human beings. They were the very last people to deserve such a dreadful end. I can only imagine the effect on Alex and the rest of the family. We are devastated. 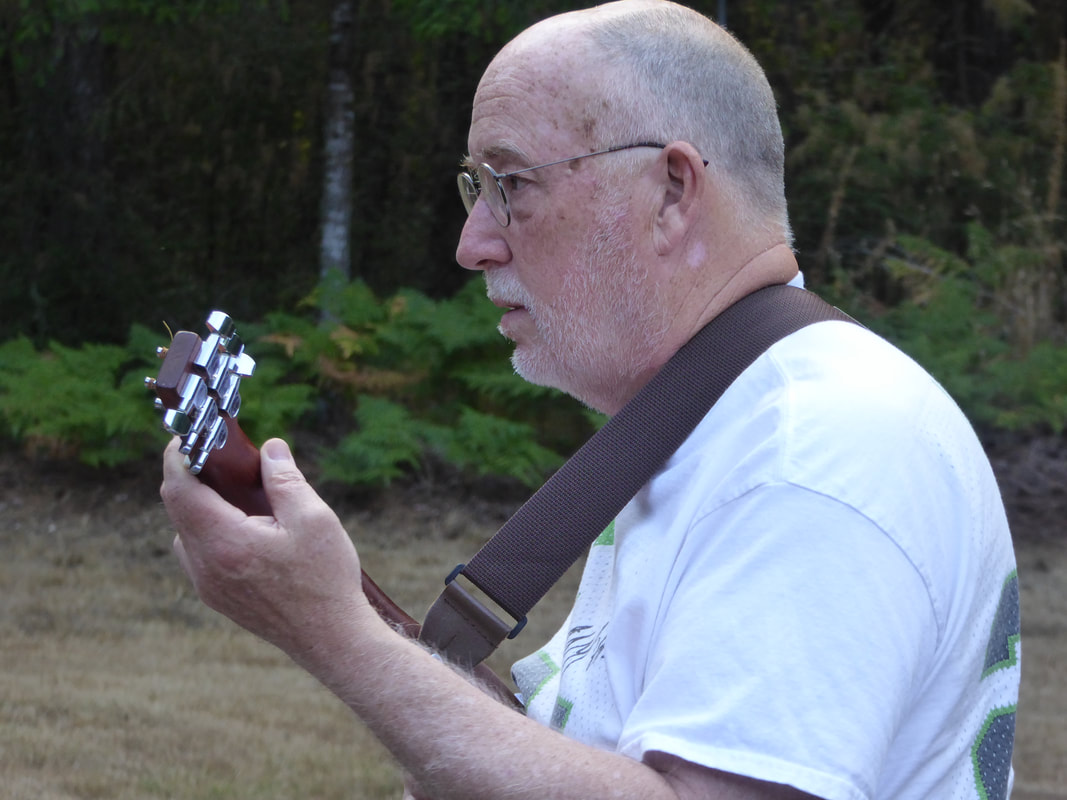 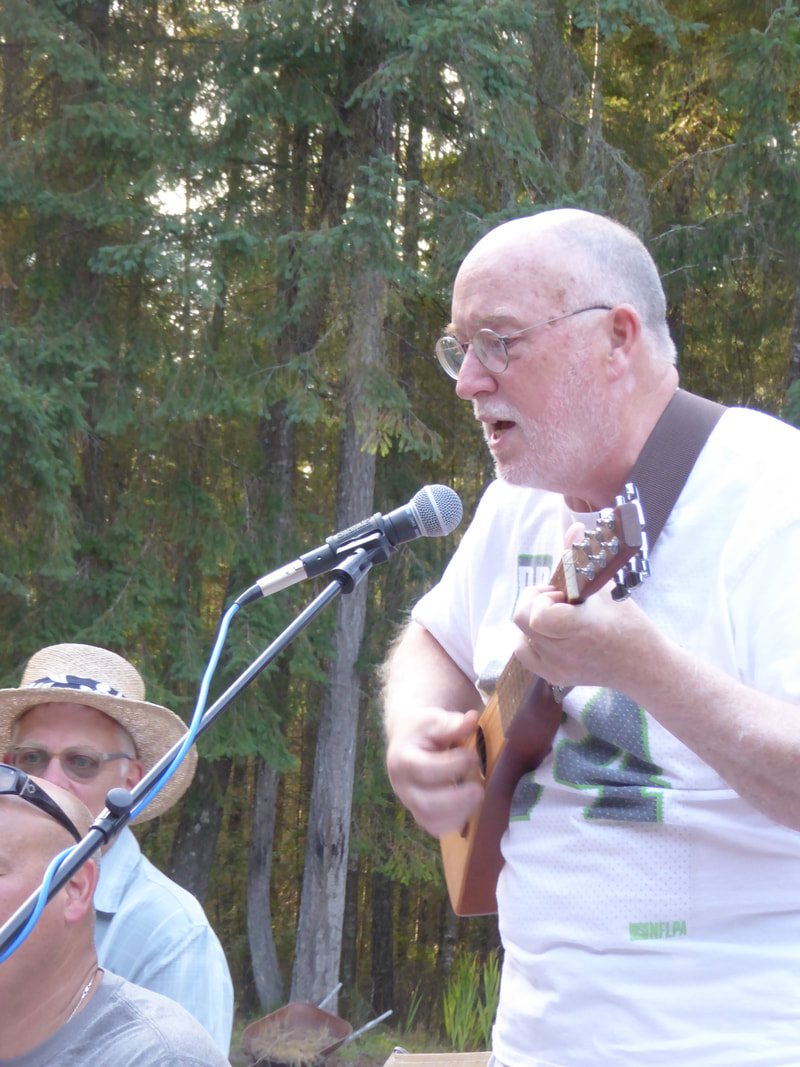 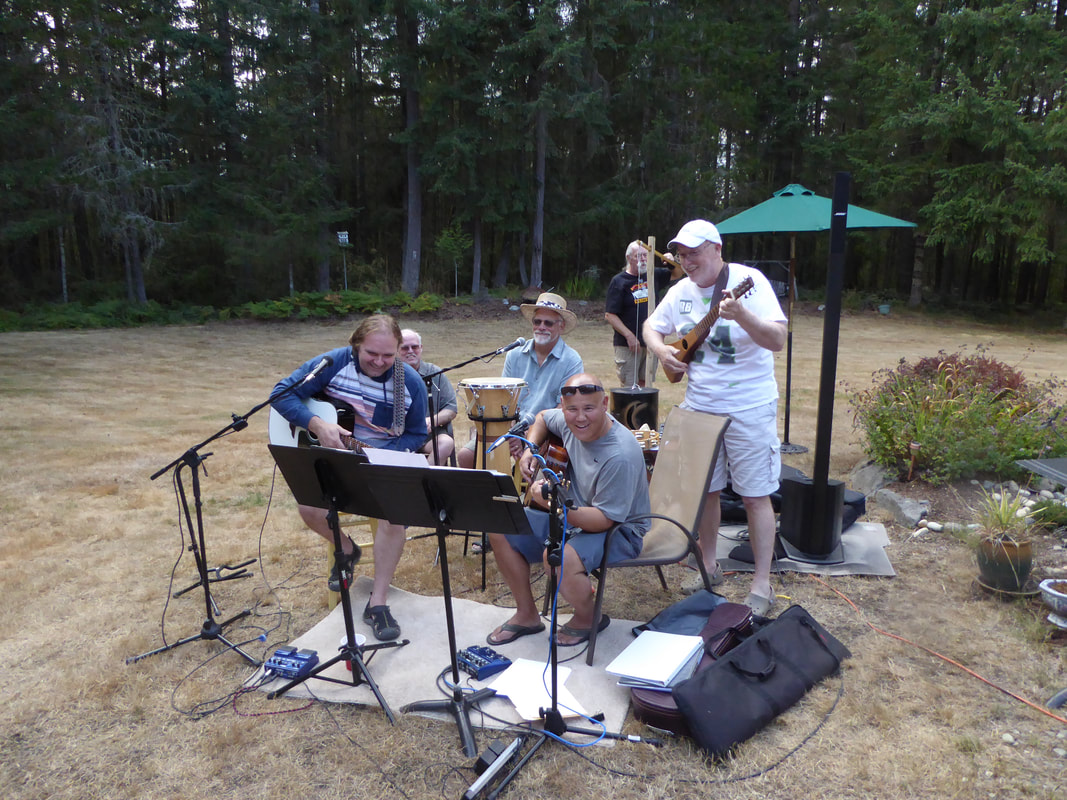 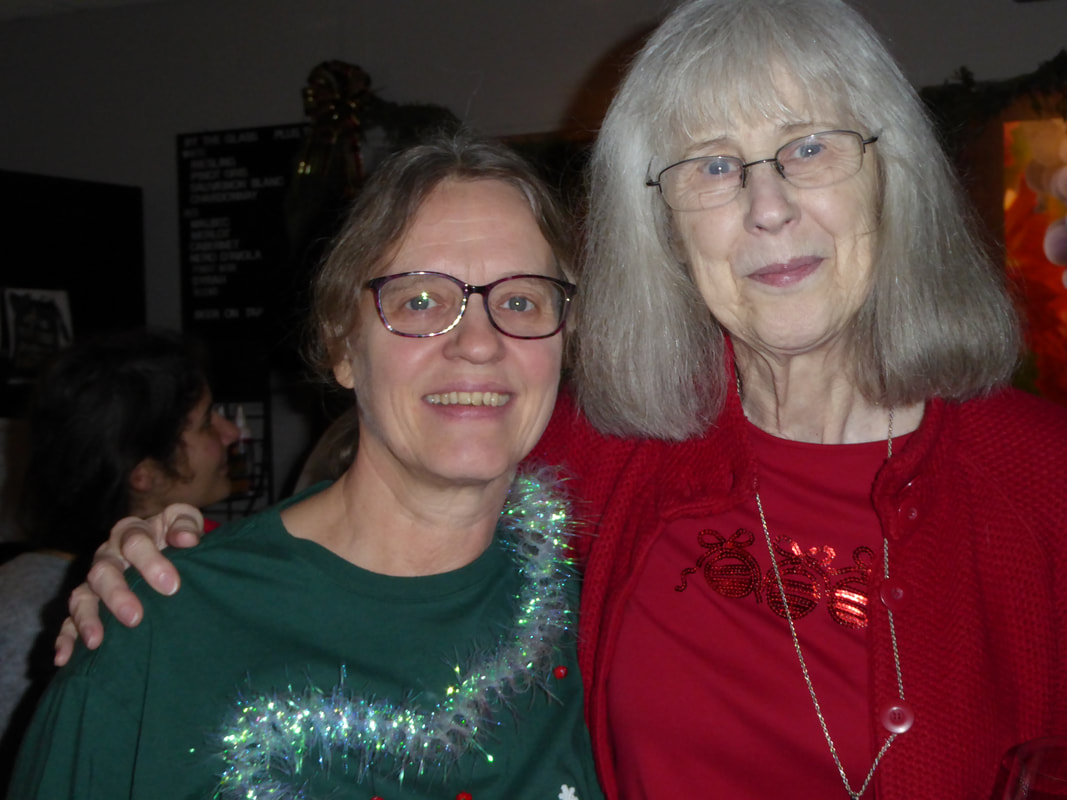 "Joanna was such a Kind Spirit. I loved talking to her. Her eyes showed you loved as she really listened to you. Her soft spoken words were always said from her heart. She loved life and I will miss our dances together while both of our husbands played in the band. We are going to miss them both so much." -Bea Berry (Bea & Joanna, Christmas 2019) 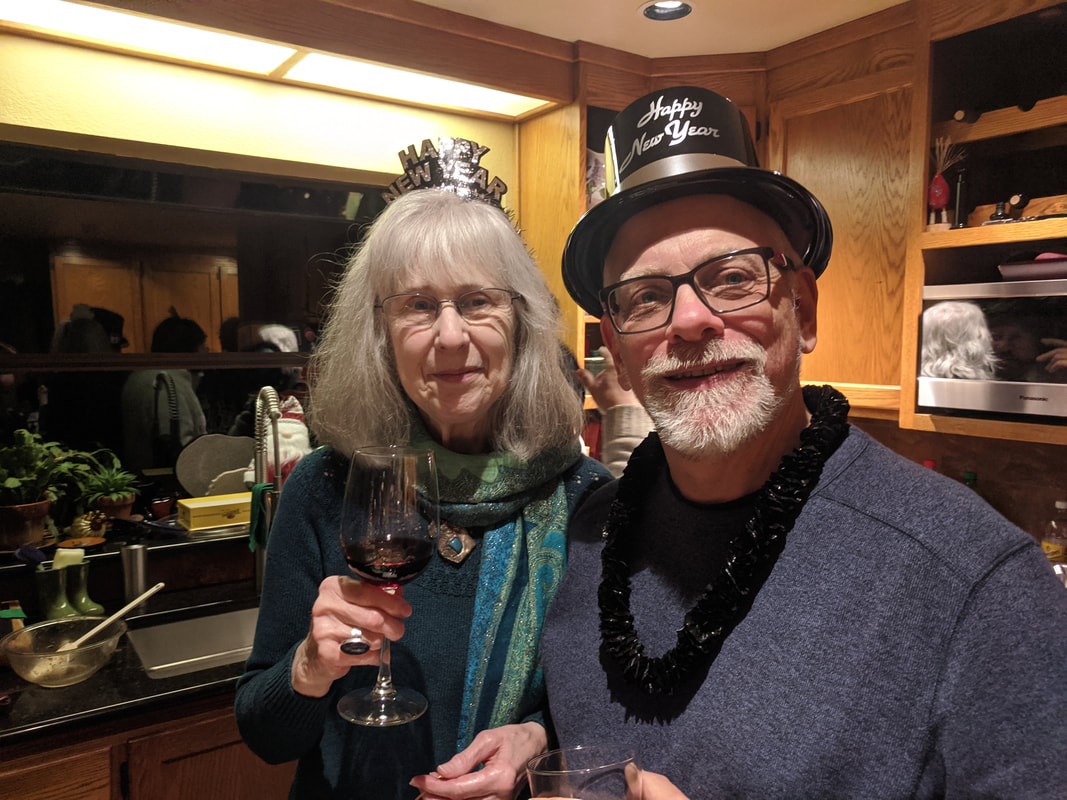 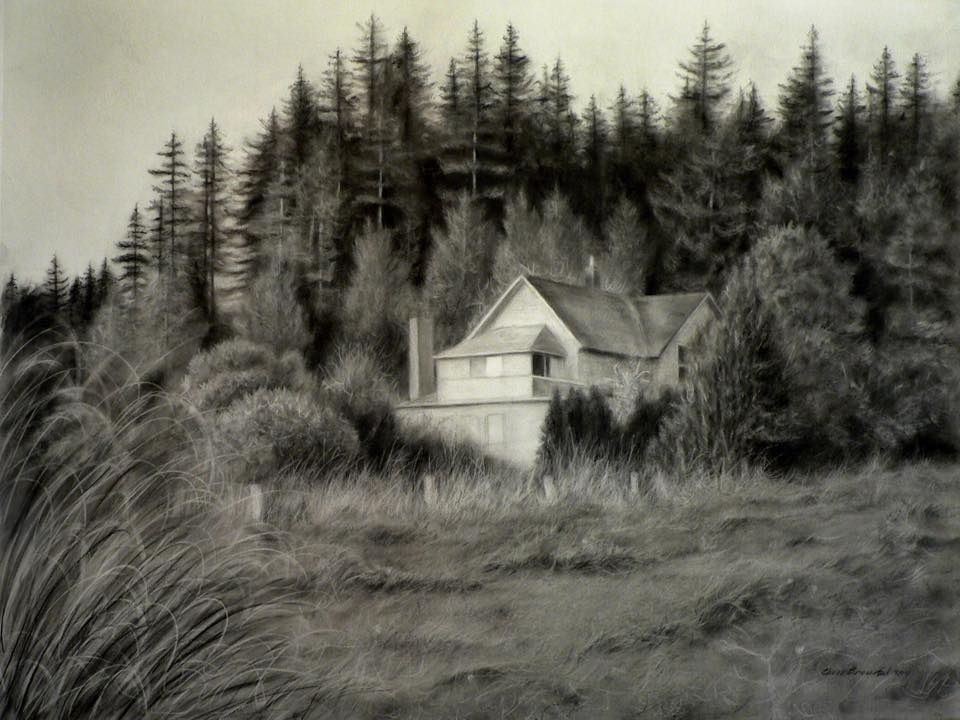 ‘The Bohem House’ (charcoal on paper, by Chris Bronstad)
I did this drawing about 9 years ago as a commission for Ted Ralston. He called me to come over to show me the subject. He was so taken with this cool, old, going-back-to-nature house with its aging weathered yellow patina, and asked me to do a drawing.

So, a few days later, I set up my easel down by the water, on the slope just outside of Vaughn Bay, the view of the house that he became enchanted by. I got a nice start, working for a while, then snapped a pic and completed the drawing at home. (A nod to Kurt Solmssen who was doing a beautiful painting of the house about the same time.)

I’ve never shown it till now, as it has taken on a rather bittersweet significance. I’m glad he wanted it as I enjoyed the challenge of rendering the bright faceted presence of the house, with strong contrast nestled in a sea of dark bay side foliage. Wanted to share, hope you don’t mind.

Ted was also multifaceted as was Joanna. We shared among other things a love for the British Isles, and talked about our travels there from time to time. I, as so many, am devastated by what has happened. These two had such an amazing impact on so many people in our community and farther a field. Rest easy friends in peace. 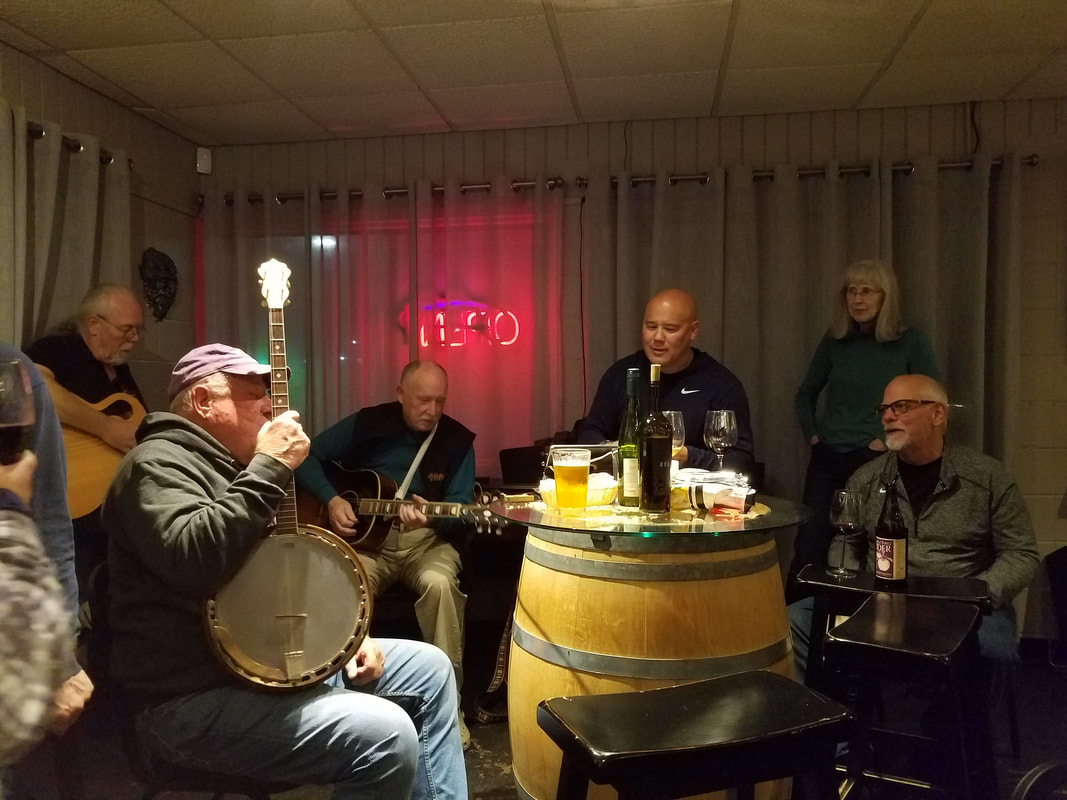 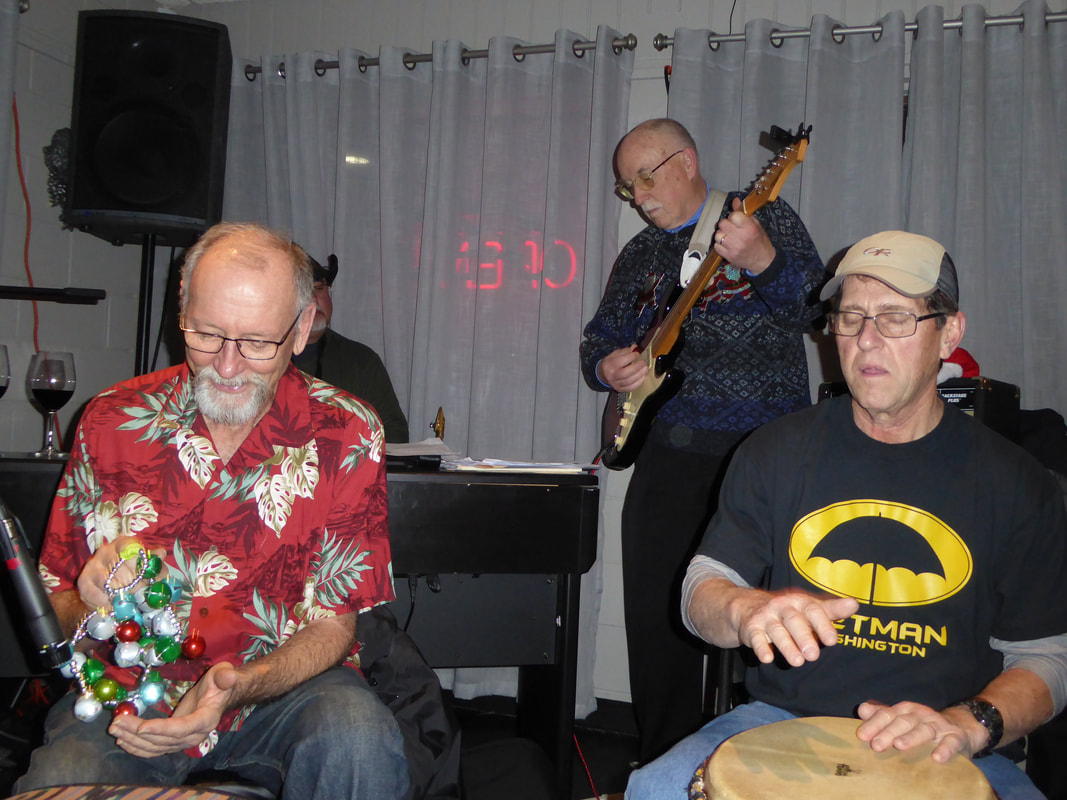 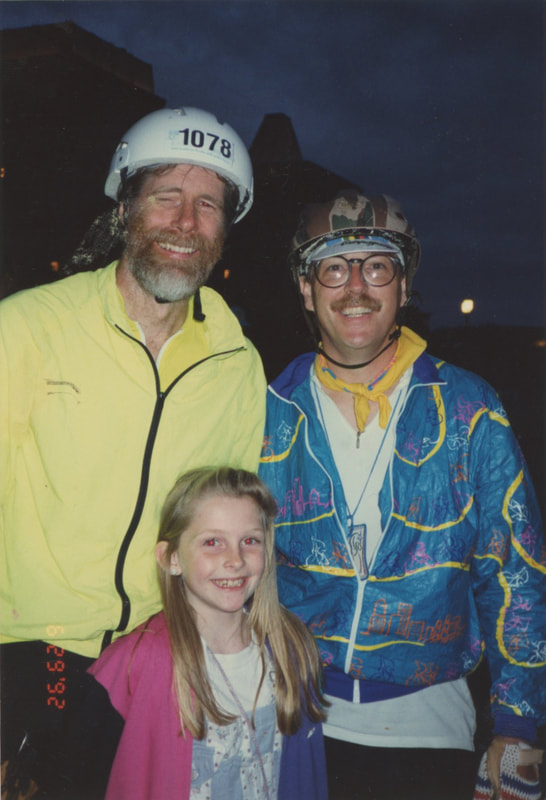 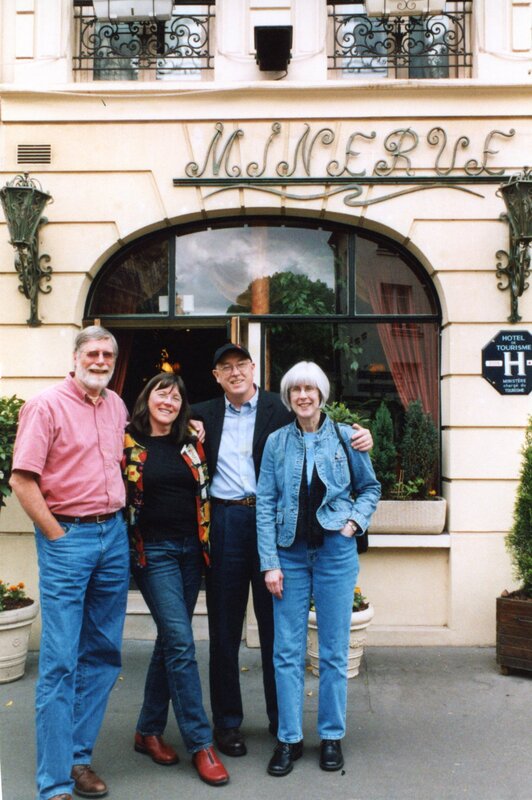 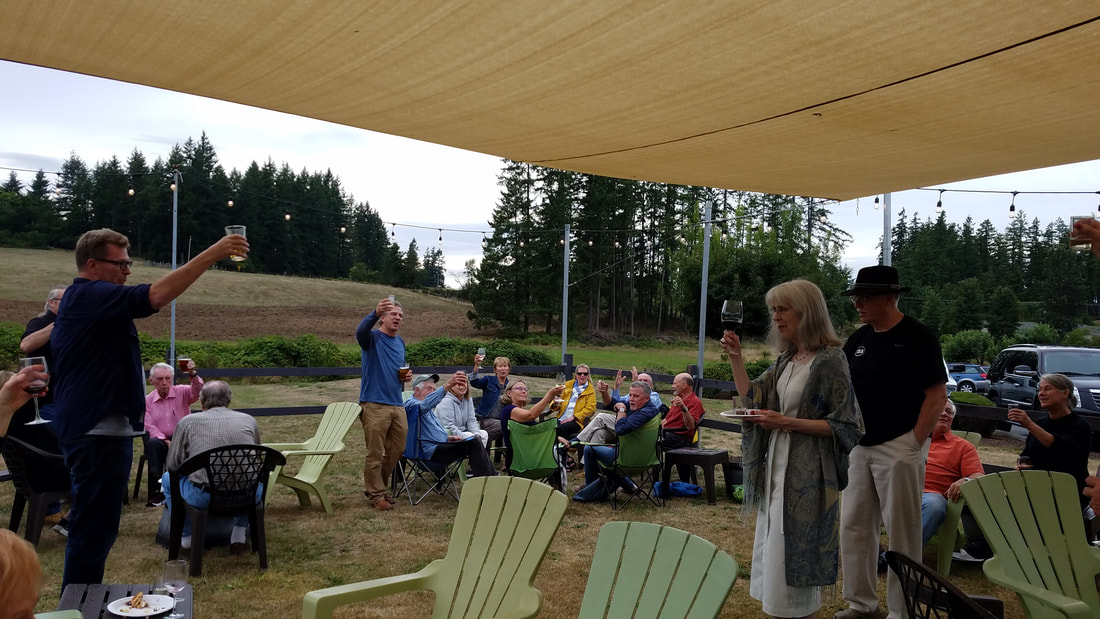 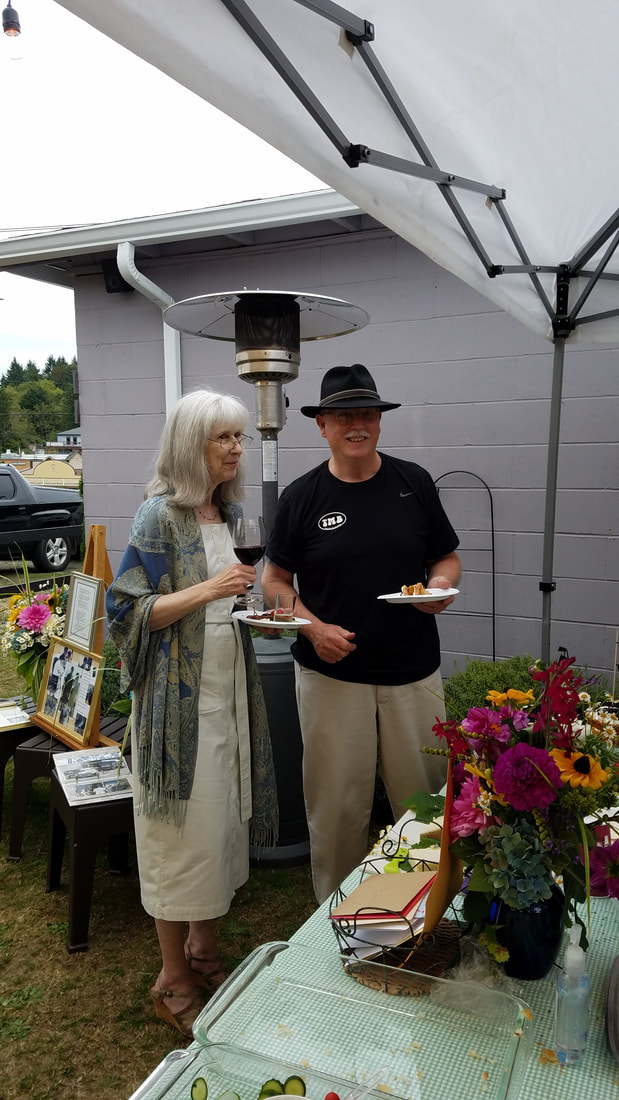 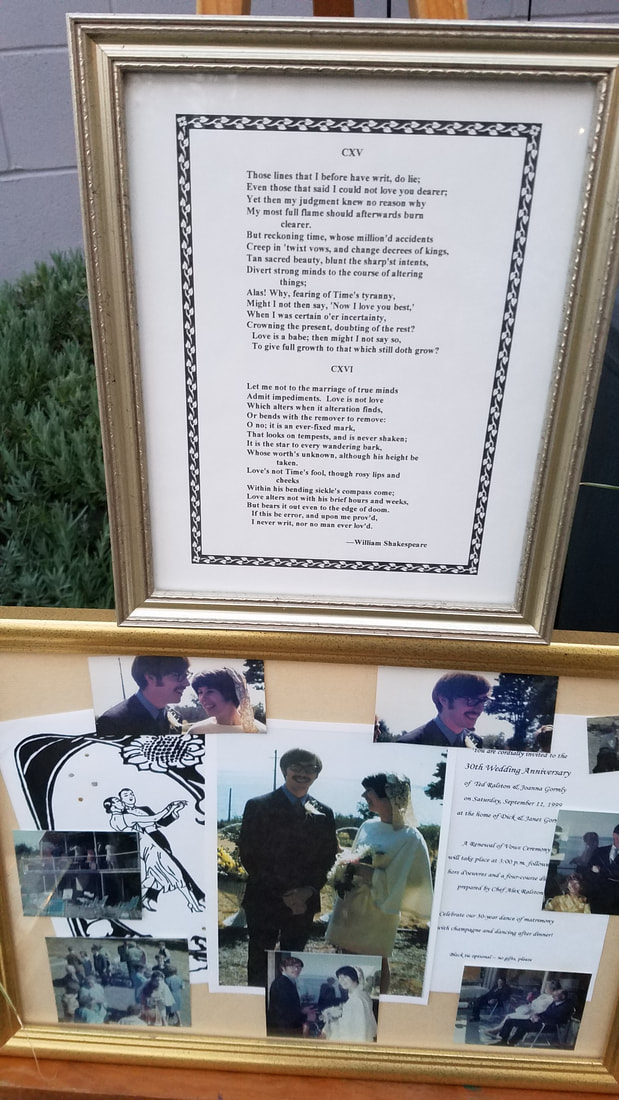 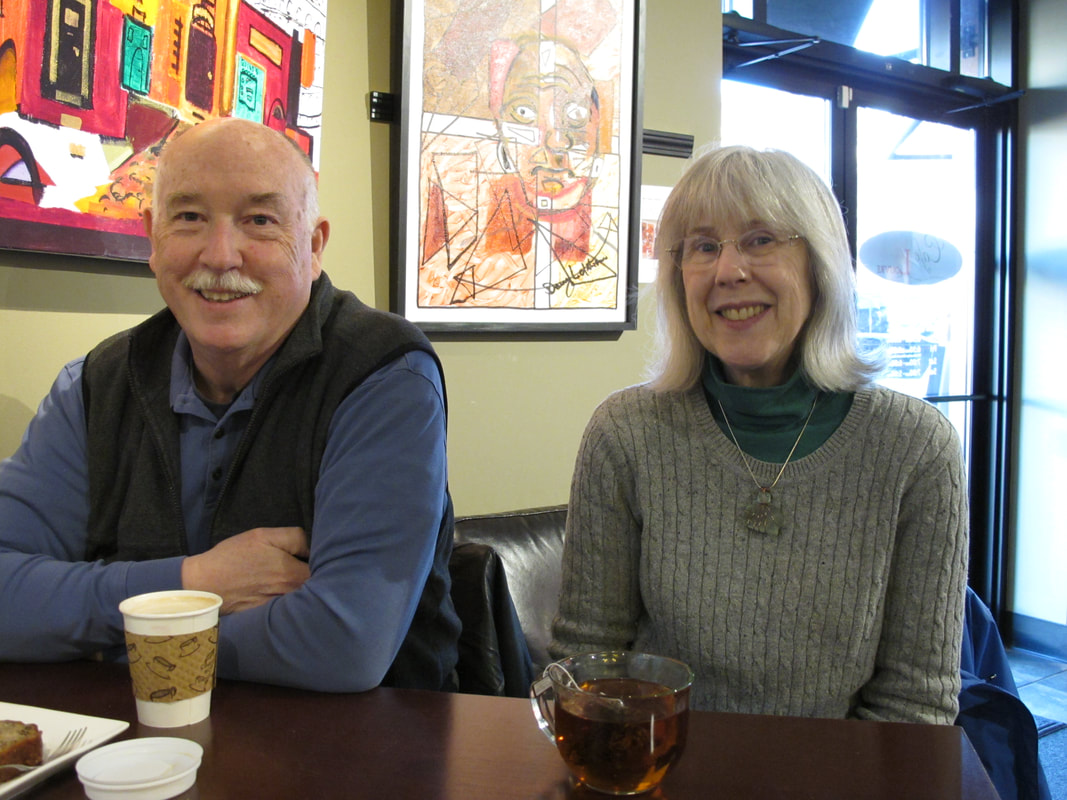 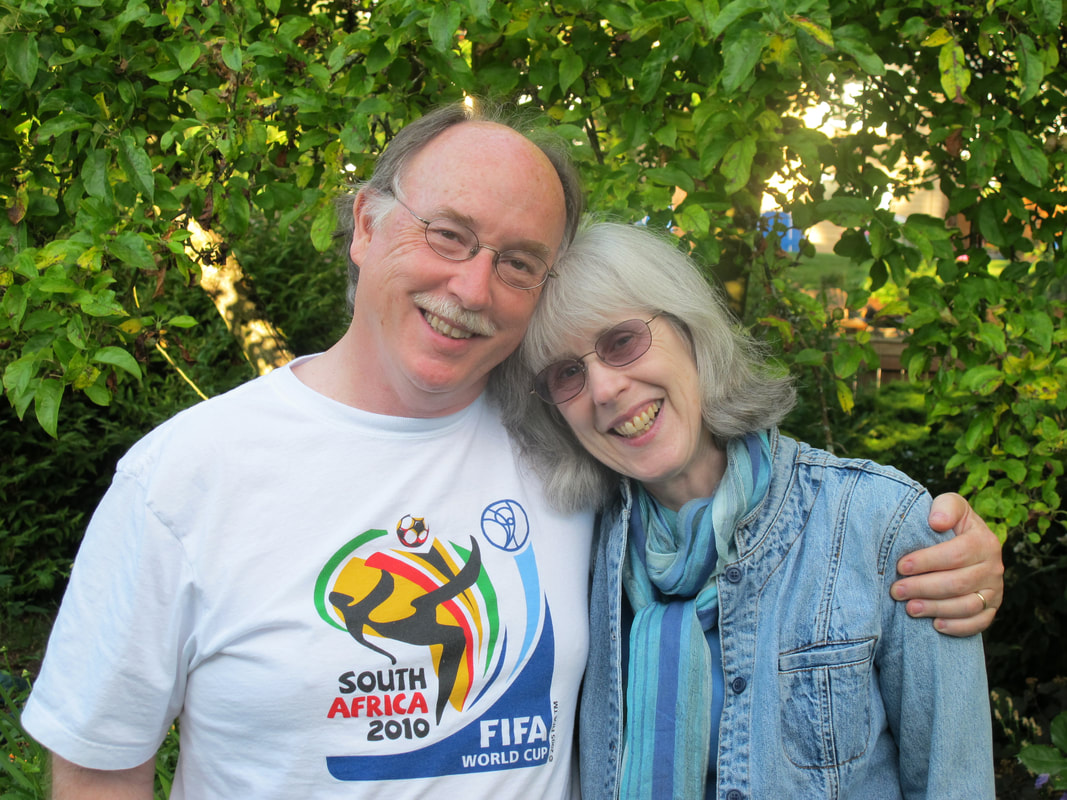 A Gathering of Friends in Edmonds (2010)
Do you have photos, videos, or stories of Ted and Joanna that you'd like to share?
Please send them to office@kpciviccenter.org to be included on this memorial page.